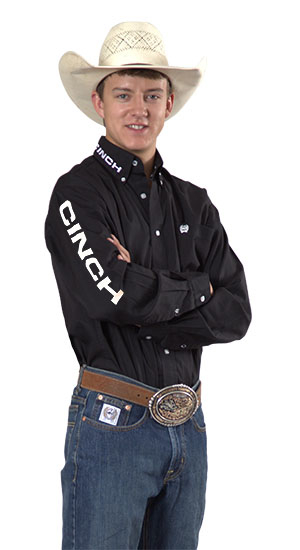 BACKGROUND: Single; Dad, Skeeter is a six-time NFR Saddle Bronc Qualifier; Mom is Lynda; Has 2 brothers and one sister, Wyatt, Sam and Tess, all compete in rodeo; Plays hockey; Graduated from Sheridan (WY) College with a degree in Ag; Preformed for the Queen of England and Price William and Princess Kate with the “Thuston Gang” (trick riding/roping group with his brothers).