Cashae McGee is a North Dakota HS Rodeo Athlete and 2017-18 Cinch Team Member who portrayed the “Lead, Don’t Follow” attitude this year. Cashae is a competitive Rodeo Athlete who competes in Breakaway Roping, Barrels, Pole Bending and her favorite event – Goat Tying. In the winter, she plays HS Basketball to stay in shape for spring Rodeo season.

Half-way through Basketball season, Cashae tore her ACL and had to have surgery in February. The Doctor said the chances of Cashae being able to compete in the Rodeo this season would be slim to none and she would not be able to participate in goat tying till late summer. Needless to say, Cashae was devastated.

Cashae decided to focus on the word “Chance”- there is a chance she could compete and she was going to do everything she could mentally and physically to get that chance. She consistently worked hard on her physical therapy while staying focused on her goal of getting back in the arena. At the 8-week checkup, the Doctor was amazed at the strength in her leg and how well she had healed. She was about 6-weeks ahead of schedule, so the Doctor agreed to release her to do only barrels and breakaways as long as she promised to wear a brace.

Cashae jumped on a horse one week prior to the first high school spring rodeo weekend. She went in with no expectations since she had to adjust how she rode due to the bulky brace. Cashae won the barrels the first day and earned 2nd the second day. She continued to get stronger throughout the season and earned points at every rodeo. She qualified for the State Finals in Barrels and Breakaway. North Dakota only takes the top 24 contestants to State.

Comebacks are stronger than Setbacks! Cashae proved this by winning the State Average in the Barrel Racing and earned the Reserve State Champion Barrel Racer, which qualifies her to compete at Nationals in Rock Spring.

Cashae will be a senior in high school this fall. Her experience has taught her the importance of mental attitude inside and outside of the arena. Cashae is preparing for Nationals and continues her physical therapy every day. Her Doctor has just released her to ease into tying goats and she should be ready to compete this fall!

In the arena, Cashae loves wearing CINCH’s button down western shirts and the Bailey Low Rise, Relaxed Jean. Her favorite CINCH styles give her freedom of movement especially when tying up goats. Cashae feels confident in CINCH clothing and is always dressed for success in the arena. Shop Cashae’s favorite CINCH styles and more by visiting our website. 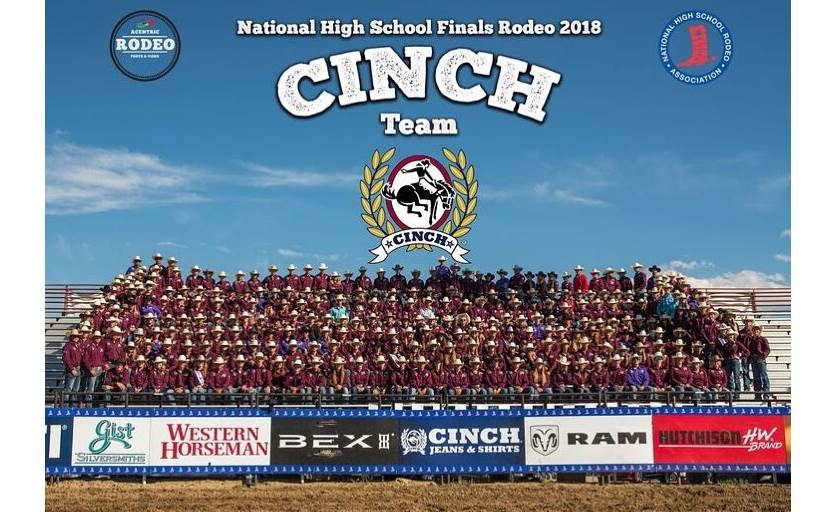