Guest Blog - A Horse For Every Human by Brigid O’Leary

The first time I ever saw Doc was at a ranch east of town.

I was there with my employer at the time, to pick up two of the horses he had leased to the ranch for their summer operation. We pulled up to the corrals and were greeted by one of their hired cowboys. The first thing I noticed about him were the massive spurs strapped to his boots. A trainer whom I had always admired had a pair just like them hanging in his home, just for decoration. We weren't there for five minutes and he said, "Doc bucked me off!"

I had moved to Gunnison within a week of this interaction and gathered that this story had only come up because my employer owned this “Doc” horse. 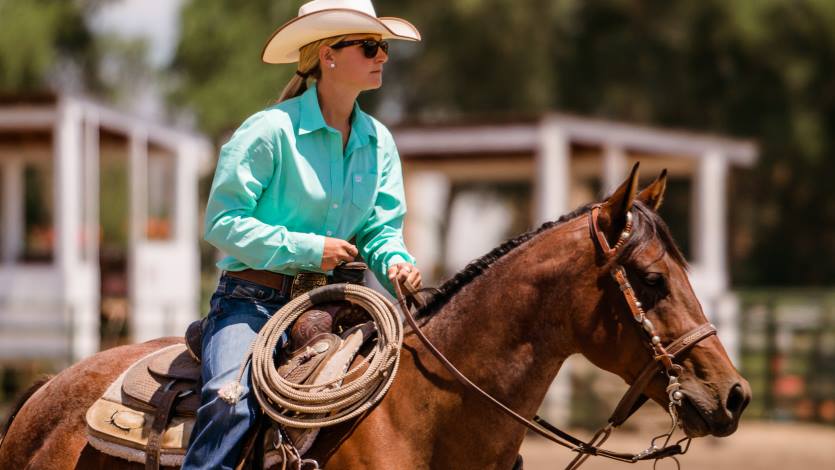 I followed both sets of the men's eyes to a bay roan gelding asleep in the middle of a small pen attached to the corral and smirked toward the gravel at the thought.

Some months later all the leased-out horses would come back to the outfitter to finish the year working in a hunting camp north of Blue Mesa Reservoir, and in the middle of the mare dominated herd was Doc.

This was the first year I worked for that hunting camp, and the owner of the outfit was dead set on riding Doc into the ground, in an attempt to quiet him down. I had heard that the year before one of the guides was tasked with the job and in the end they didn't get along.

So it was the boss's turn.

And in the end, they didn't get along.

So the following year the tape rewound and started again. Summer came, most of the horses went east, Doc couldn't or wouldn't play nice, fall came and the horses were back at hunting camp.

Doc was at the top of the list to be sold after camp; per quote, "I don't care if he goes to the killers."

Now at this point, I have no vested interest in this unpapered pain in the neck. Some horses are like that, bad spirited. Not to mention I had stout hunters with rifles attempting to crawl onto horses for the first time to worry about. I didn't want to get hurt, but it wasn't a far-fetched thought to patch a horse together enough to sell and make some money. So this season, it was my turn. 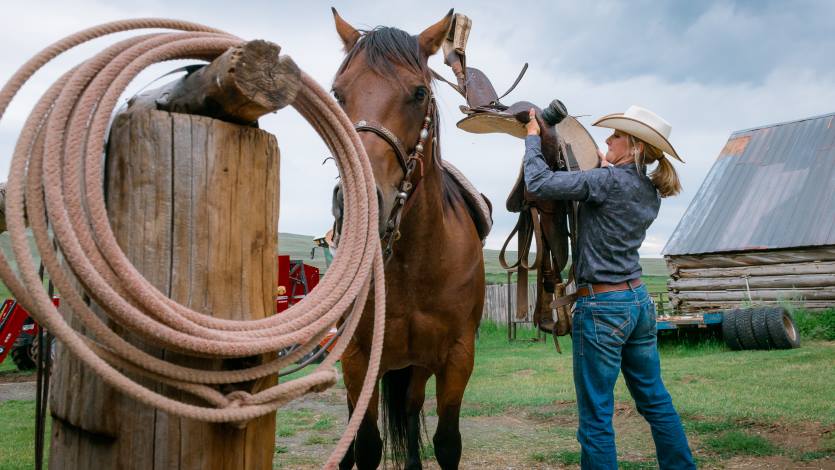 The first time I rode out of the trailhead I was with another guide, three hunters and two packhorses. And for the first two hundred feet Doc was humped up and ready to blow like he was coming out of a chute. There was another set of hunters parked at the trailhead, some overly-proud team ropers I knew from town, and I remember them saying, "woah bay, easy bay."

But he never blew.

Over the next two cold and brutal months of hunting camp Doc bit the horses in front of him, kicked the horses behind him, pinned his ears and hated his life without any added fuel from me, but I was starting to figure him out.

See I was kind of hating my life at that point as well. What the HECK was I doing in the middle of the mountains working for someone who could care less if I disappeared? It was almost like this horse and I could share a thought bubble in a comic strip. So I figured out Doc was just too smart for this plain job he was doing. He had the potential to be something great but would never get to explore that potential working as an outfitter's pony ride.

With that revelation, we really started getting along.

A week before Colorado's Fourth Rifle Season I took Doc to a friend's place to sort some cows and make a sale video; surely there was someone out there in need of a cheap project. I moved a jag of cows from pen to pen in the corral then sorted them in the ally. When we were finished I looked up to my friend, someone whom I thought of as a true horseman, and said, "I think he's gonna like it!"

But I had different plans.

I went back to the outfitter after a few days and asked him how much he wanted for the horse and after a minute he said $1000. I quickly said it was a deal and extended my hand to shake on it. He then decided to think of a better deal.

So for another three days we went back and forth negotiating a deal, until at the trailhead, the day before fourth season we decided on $1000 out of my wages and a stack of hay. We finally shook on the sale of Doc.

The first thing he asked as he walked away was, "You want to know how much that horse was bought for?"

And in that moment my life changed a little bit, and Doc's changed a lot. Among other things, I decided we would never again be associated with someone that I don't believe is, or ever intends to be, a horseman.

We finished the hunting season, quit the outfitting business and never looked back. 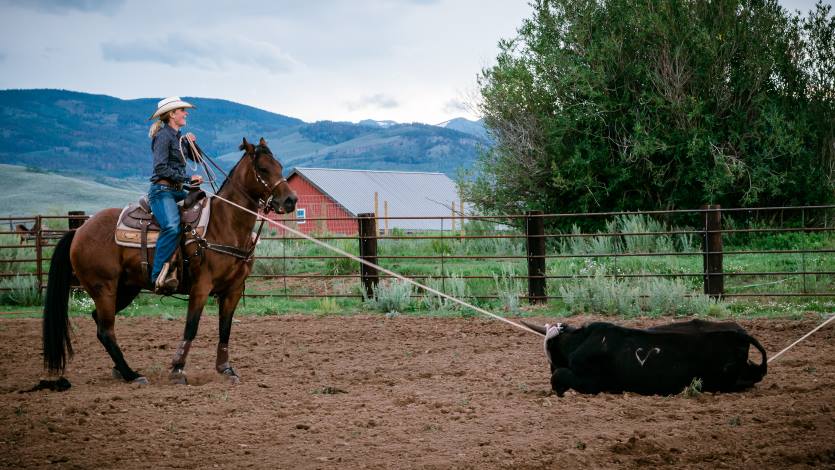 Doc now works with cows nearly everyday and has proven himself as a more-than-competent mountain, ranch and arena horse, making us both money in ranch rodeos and team ropings his first summer out. Not to mention, he was one of the stars in CINCH and CRUEL Denim’s recent lifestyle focused photo shoot, which was shot in the Gunnison area. Every time I wear my CRUEL Denim jeans or one of CINCH's statement-making, yet understated shirts, I think about Doc and I am proud that he was chosen to be the star of those ads. When I am in the arena with Doc I like to look good, but I want people to notice the talent that Doc and I have, not just a wild outfit!

After some research I found that he is, in fact, papered and grand-sired by the late, Doc Bar who revolutionized the Cutting Horse industry and was inducted into the AQHA Hall of Fame in 1993.

I told his story to that trainer with the spurs on his wall and he said, "A good horse knows when there's a job to be done, and will not just do it, but rise to the occasion."

Doc rose to the occasion, and proved that there is a horse for every human.