Less than than 400 men have ever won a world championship in the sport of professional rodeo. Fred Whitfield of Hockley, Texas, has won 8 gold buckles over the course of his career. If you consider that Tom Brady has won four MVP titles and is known around the world as an elite athlete, Whitfield is nothing short of a world-class competitor in his own right and a legendary figure in the sport of rodeo. 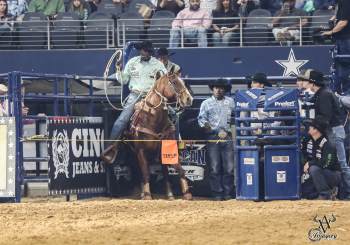 Over 23 years, calf roper Whitfield qualified for the NFR 20 times, an achievement he says was a lifelong goal. He won an all-around title in 1999 and the remaining seven gold buckles were won calf roping. In 1996, he won back-to-back world championships against Joe Beaver and Cody Ohl. In Fred Whitfield’s book, "Gold Buckles Don’t Lie: Untold Tale of Fred Whitfield," he described the victories: "To beat the two best guys in the world two years in a row was the ultimate high."

The sport of calf roping began as an everyday ranch necessity for medical treatment or branding cattle, when chutes were not readily available. Professional caliber rodeo athletes can accomplish a tie-down roping run in under 8 seconds. Time starts when the contestant nods his head. Immediately following, the calf leaves the chute. Then, the horse and rider track quickly behind, allowing the calf a head start, simultaneously swinging a rope to catch the calf around its neck. In one swift motion, the rider dismounts his horse on the right, runs to the calf, flanks the calf and ties three legs together using a piggin' string. The calf must stay tied for six seconds. 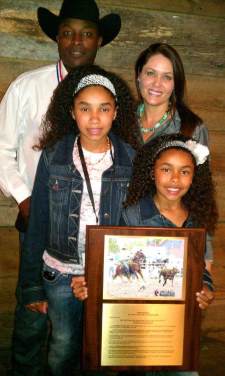 Whitfield roped anything and everything in sight from a young age. At 9 years old, he won his first peewee rodeo. His first win lit a passion for rodeo that has never waned. Throughout his career, Whitfield says he started each rodeo season with a sense of urgency to have success early in the season and qualify for the NFR, and that determined mindset meant failure was not an option. After his first world title, he says, "(I) became more relaxed with competing and didn’t feel as much pressure after winning my first championship in 1991."

Whitfield is known for his "raise the roof" gesture at the end of a run. This hand motion is symbolic of his overall mindset, he says, to take everything to the next level. In his book, he explains his work ethic and success. "I see a lot of kids these days that don’t give 110 percent and I’m totally against that. That level of dedication is behind all my success." He also believes that consistency plays a key role in winning championships. For example, at the NFR in 1997, Whitfield set the average record that still stands today. He roped 10 head in a combined total of 84.0 seconds.

In 1996, Whitfield became the first rodeo cowboy on the CINCH endorsee team, a contract he signed on a napkin at the NFR. He said that he is "known to go against the grain and try something different, and over the years, he has worn several different jean fits, but he currently considers the Grant his favorite.

Whitfield expands upon his relationship with CINCH in his book. "Even back then, CINCH was waking up the western world and I thought it would be a good opportunity for both of us… of course, they are huge now and it was the smartest business decision I’ve ever made. There isn’t a lot about being a cowboy that is secure, but CINCH has been a consistent part of my life and a big part of my success for the last 16 years."

Support for Whitfield goes beyond CINCH Jeans — he has fans all over the world. "I have a lot of fans and I can’t say enough about every one of them. Being loved the way I’ve been for the past 20 years, means the world to me. … That motivates me to this day." 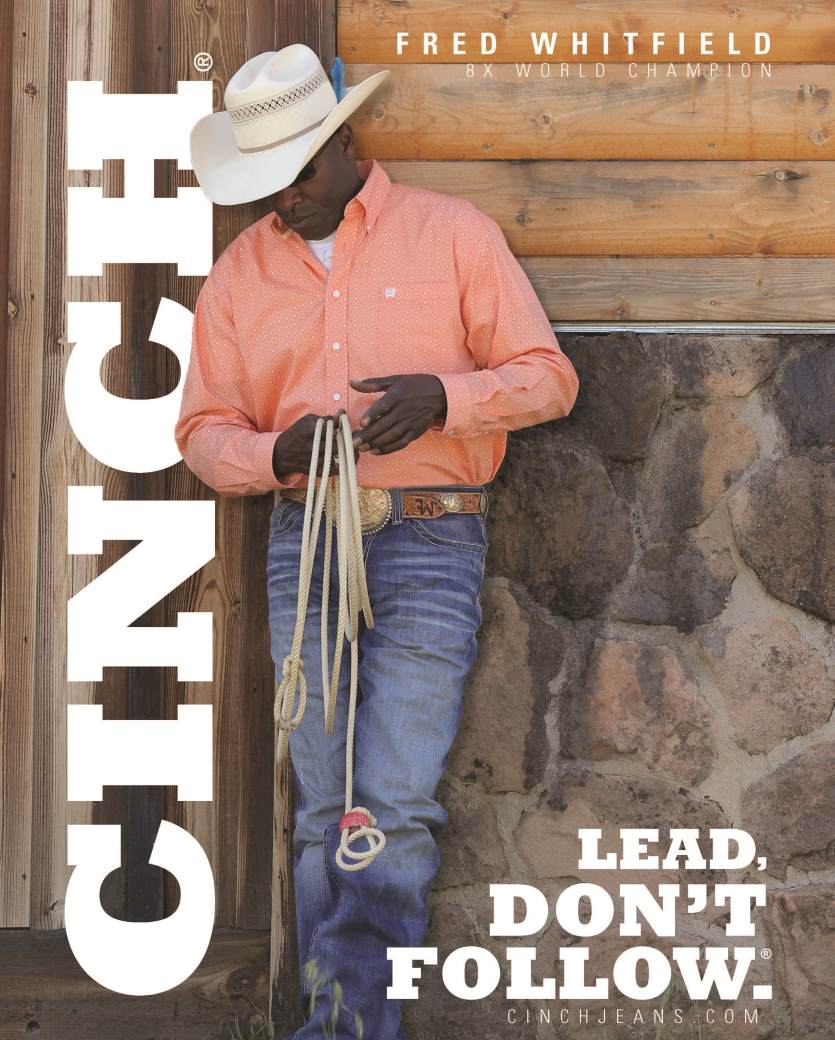 Currently, Whitfield is focused on training horses and teaching calf roping to the next generation, and much of his success can be traced back to his love and respect for the horses, as stated by a longtime friend of Whitfield, Sandy Currie.

World-class horseman, hall-of-famer, world champion and legend are all titles that can be used to describe Whitfield, and to him, "being called a legend makes him feel successful, accomplished and complete."

If you like what you see, check out more on our shop.